This ‘Butternut Squash Boats with Sausage, Eggplant and Toasted Chick Peas’ recipe is another one that you are going to want to keep around your kitchen. The versatility of the ingredients allows you to use whatever you have available to make a many different variations. For example, you can substitute your protein for shredded chicken, use a yellow onion instead of red, and substitute the canned spinach for canned corn/black beans! And for the toasted topper, if you don’t have toasted chick peas you can toast plain granola or pine nuts! Can you say ‘butternut squash boats with barbacoa and toasted pine nuts’?! The possibilities are really endless. For the toasted chick peas I crushed and toasted ‘Biena’ chick pea snacks because they provide a huge crunch factor. But if you have a can of chick peas at home you can easily make them! Here’s how:

How to make toasted chick peas from home:

It really is very simple. Rinse one 15 oz can of chick peas. Drizzle with enough olive oil to coat, and season. Place in 400 degree oven and cook for 25-35 minutes. That’s it! Just make sure to shake the pan a few times to turn the peas for even cooking. 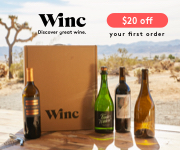 This versatile recipe allows the eggplant to soak up the flavors of the sausage and tops it all off with a crunch!
Print Recipe Pin Recipe
Prep Time 8 mins
Cook Time 42 mins
Course Dinner, Entree, lunch
Cuisine American, Italian
Servings 4

Did you like my ‘Butternut Squash Boats With Sausage, Eggplant and Toasted Chick Peas’ recipe? If so, go check out my ‘Lemon Mustard Chicken With Turnip Puree‘ recipe!

Check out this ‘Biena Chick Pea Snacks Variety Pack‘! These little guys are honestly addicting. I am not sponsored by Biena, just wanted to share my love of crunchy chick peas with you all!

My posts may contain affiliate links. Every one of the affiliate companies is a company that I stand by and believe in. If you choose to purchase something through their link on my website, you won’t pay a penny more, but I will receive a small commission. It helps me to continue to create great content for you! Thanks!

I am SO thrilled to meet you!

I’m a Physical Therapy Assistant turned food blogger, and love merging my intrigue for the human body with my passion for all things food! I’m here to show you that enjoying a Mediterranean diet doesn’t mean that you can only eat Mediterranean food! I can’t wait to show you how rewarding the MedDiet lifestyle can be!